2 Comments
By The Soccer Guys Serie A 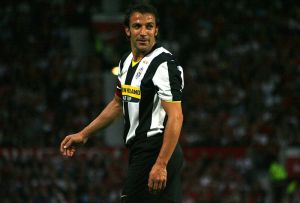 Inter Milan dominated the world of top-flight soccer last season. The club won its domestic title in Italy, Coppa Italia and the one trophy the club’s fans and ownership had been dreaming of for 60 years, the Champions League. Inter was on top of the world, and when that happens in the world of soccer, people take notice and try to build off of your success.

Inter Milan needs to find a way to handle this season without manager Jose Mourinho – the “Special One” – who bolted for Real Madrid at just days after winning the Champions League title with Milan.

Inter’s league title didn’t come without tough competition. Roma made a valiant run for the title in the later months as they strung together win after win, but it was unable to knock down the reigning and eventual champions.

AC Milan looked like competitors at times, but the Rossoneri just couldn’t find enough consistency week in and week out to really challenge for the title. AC Milan was a kind of hodgepodge of talent that never had a chance to mold under one manager. Could this be the club’s year again with Massimiliano Allegri having time to implement his style on the squad over the summer? Allegri was previously in charge of Cagliari and helped the squad to some impressive results in Serie A. Rossoneri fans will hope he can lead AC Milan back to the top of the league for the first time since 2005-06.

Juventus was a disappointing side last year that looked more like a mid-level team struggling  to make a name for itself rather than one of the most successful clubs in Italy. This year the club will look for a solidified midfield with new arrival Alberto Aquilani – from Liverpool on loan with an option to buy at the end of the season.

And of course there is always the chance that an under-appreciated and underrated squad – Sampdoria finishing fourth last season was a real surprise – will upset the balance of power in Italy would be welcomed as their World Cup squad left the country waiting for quality soccer all summer.

Time to make some predictions.

Last season was a struggle for the Old Lady. Newcomers Diego and Felipe Melo had a hard time adapting to the style of play in Italy, but Diego is heading back to Germany, with Wolfsburg, and Melo looks to have settled into his role as a more central holding midfielder. A few solid transfers to sure up the wings, the center of the Juventus defense and the midfield – Alberto Aquilani returns to Italy after an uneventful year at Liverpool – Juventus should regain the top spot in Italy and break Inter Milan’s five-year run of dominance.

Milan struggled out of the gate last season and manager Leonardo was relieved of his duties during the season because of the start. With both Pato and Ronaldhino primed for successful seasons, Milan is a rejuvenated side desperate for victories.

Why move the team with by far the most depth, talent and largest wage bill from first to third? Mourinho’s exit and Rafa Benitez’s appointment would be the answer. Benitez struggled at the helm of Liverpool last year because he had to be the leader in the locker room and the players didn’t respect his policies, which alienated some of the club’s stars and leaders. How do you think Wesley Sneijder and Samuel Eto’o – two notable hot heads – will adapt to the Spaniard’s crazy plans come the season’s midpoint?

It could be a bumpy ride, and some teams will be looking to pouch on Benitez’s notably poor transfer record in England when he looks to bring fresh blood in and move some stale bread out in January.

The Rossoblu finished ninth last season in the table, but this could be the year the “sleeping” giant makes a huge jump in Serie A and pushes for a Champions League spot. The squad has been strengthened with the additions of forward Luca Toni, who had a successful return to Italy last season with a loan spell at Roma as it pushed for the title.

Right back Rafina from Schalke 04, defensive midfielder Miguel Veloso from Sporting CP and Portuguese goalkeeper Eduardo will help solidify the Genoa defense. It will be a long season for the club, as it tries to make strides in Europe in the Europa League and move forward in Serie A, but it can make a splash with the squad it has assembled.

Massimiliano Allegri, former manager of Cagliari, has moved on to bigger and better things in Italy with Milan. And his absence at the helm of the team will surely cost the club, already close to relegation with the squad it has and lack of funds for the transfer market. This could be the year the club heads back down to Serie B for the first time since 2004-05.

Champions of Serie B means nothing to the big boys in Serie A, except that you don’t know what could be in store in the upcoming the season. Lecce has not done enough in the transfer market over the summer to improve its squad and numbers for the long haul that is Serie A, which will surely be its downfall.

The signing of West Ham’s Alessandro Diamanti will not be enough for Brescia to escape relegation. Brescia made a great run last year to finish third in Serie B and win in the playoff, but the club doesn’t have the depth or even the numbers to survive the staggering challenges that await in Italy’s top division.

Roma won’t finish in the top four this season despite giving Inter Milan a run for its trophy at the end of last season for the title.

Age will play a factor in Roma’s mid-table finish with players such as Totti unable to ever find the field because of injury. If the team does make a run int the top four it will have to rely on Italy’s future captain Daniele De Rossi for inspiration and consistent play – neither of which did he display at the World Cup this summer.

Adriano will be one of Serie A’s top scorers this year as he heads back to Italy for a second try, this time with Roma. The Brazilian had a hard time with partying and staying in shape last time he plied his trade in Italy with Inter Milan, but he has his life back on track and will be a force to be reckoned with this season. His skill, speed and pouching ability fits perfectly into the Italian model for a striker. The bigger question will be if he can keep his weight under 220 lbs. for the entire season.

Kevin Koczwara is a contributing editor and writer for The Soccer Guys. He can be reached at kevin.koczwara@thesoccerguysonline.com.

2 thoughts on “Serie A Preview – Juve to unseat Inter”